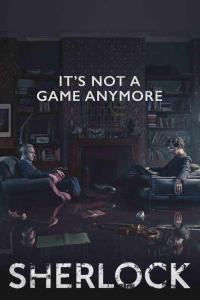 Spoiler warning: This post was written after the last episode of Sherlock series 4, and is kind of a response/riff on that. If you’re a big Sherlock fan, like I am, or just want to view it unspoiled at some point in the future, you might just give this one a pass. On the bright side? No politics in this one!

The character of Sherlock Holmes is among the most famous in all of literature. I would venture to say only a handful of Shakespeare’s creations, a couple of superheroes and two or three horror icons have stood the test of time alongside Mr. Holmes. It’s not just the iconography — the hat, the pipe, the magnifying glass — that makes him so well known, nor the individual cases written by Sir Arthur Conan Doyle. We know Sherlock Holmes’ character: His hauteur, his uncanny perception, his unfailing intellect, his lack of social graces, his dalliances with drugs, his relationship with Dr. John Watson and, of course, his ongoing search for justice.

The latest iteration of the Holmes mythos, BBC’s Sherlock (seen here in the U.S. on PBS’ Masterpiece), is not only the best modern interpretation of Holmes, but one of the best interpretations of the character ever done. Benedict Cumberbatch had the tall task of inhabiting an icon, and yet not only succeeded, but made his Sherlock perhaps this generation’s definitive take on the character. And Martin Freeman had an even more daunting task — to turn the perpetually confused and amazed Dr. Watson and breathe life into that character, to make him more than just Holmes’ cheering section. He did so beyond any expectation — while Jeremy Brett fans may quibble with Cumberbatch’s interpretation, Freeman’s Watson is hands down the best of them all.

This is why the last episode of Sherlock series 4, “The Final Problem,” is so disappointing. It’s not because it’s poorly written or poorly acted, but because the entire concept of it, from soup to nuts, neatly disregarded all the excellent work Cumberbatch, Freeman and writers Mark Gatiss and Steven Moffat have done with the characters for the 12 episodes prior. “The Final Problem” had so many interesting ideas and moments, but ultimately became a case study in how you really shouldn’t sacrifice your characters on the altar of plot expediency.

Let’s discuss, shall we? The game is on.

Sherlock gave us a very different Holmes than the genteel, steely detective we’d known from the more benign movies and TV shows of the fast. While Conan Doyle’s original creation was indeed a drug user and had some failings with regard to social graces, there was never any question that Holmes was on the side of the angels, that he would press through and win the day, that his sense of justice was always spot on.

This modern Holmes was a junkie, through and through, substituting the rush of drugs with solving crimes and placing himself mortal danger (and nicotine patches). His occasional lack of social graces became full-on sociopathy — unemotional, cold, with a cruel humor and utter lack of empathy. When confronting Moriarty at the end of series 2, Sherlock says to the Napoleon of Crime that they’re the same — just that Sherlock decided to be on the side of the angels. And you believed it with this Sherlock. You felt that he was only on the side of the angels because it was more convenient, because getting caught for violating society’s small and arbitrary rules would simply be too much of an inconvenience.

It was through the example and efforts of John Watson that Sherlock began to see the value of emotional ties, of basic kindness and decency. And that makes sense — sometimes it takes those closest to us to remind us of who we are and who we can be. Sherlock’s evolution toward greater decency and empathy was due to having John in his life. And John benefited as well; his adventures with Sherlock were oddly grounding for him after coming back from war. He could have one foot in the mundane world and one in a more dangerous and adventurous world.

Through the first three series, we saw this character evolution unfold apace, and it was handled quite brilliantly. We saw the characters evolve, but never really lost sight of them as the people we were introduced to back in the first episode. The changes were subtle, but their overarching characters — their very Sherlockness and Watsonness — were always on display.

One can argue that revealing John’s wife, Mary Watson, as a former commando and assassin, was a poor move. Honestly, I’m still on the fence about it, and that reveal was years ago. But accepting that character for what she was — someone far more than Conan Doyle’s doting wife, doomed to die unremarkably of some vague Victorian illness — we got to see both Sherlock and John evolve again. Mary further humanized Sherlock, and gave John something to live for beyond just being Sherlock’s blogger. Her death in the first episode of series 4 can likewise be debated, but there’s no doubt that it changed the nature of Sherlock and John’s relationship forever.

Well, it should have.

“The Final Problem” was jarring on an amazing number of levels. First, it was revealed at the end of the previous episode that Sherlock and Mycroft have a secret sister, Euros. The first two episodes of the season dealt with the death of Mary and the strain on Sherlock and John’s friendship. This came rather out of the blue — a wrinkle in Sherlock’s life that seemed to almost immediately sideline the immense pain John was feeling in the prior episode.

The plot itself — Euros imprisoning Sherlock, Mycroft and John to play deadly games with them — was unlike nearly any other in the show’s history. Yes, Moriarty had Sherlock dancing to his tune at the end of series 1, but Sherlock was also working hard to foil Moriarty’s overall plot while still saving lives. In fact, saving lives was secondary in Sherlock’s mind to getting closer to Moriarty, and the two masterminds were playing each other on any number of levels.

But in “The Final Problem,” Euros is somehow toying with Sherlock, and the great detective is just playing along. Euros constantly has one over on him, constantly playing with his emotional state. While we are told — and not shown, but told — that Euros’ capacity for manipulation and intellectual supremacy is unheard of, we know that Sherlock isn’t a slacker, either. Has Sherlock changed so much that he would be emotionally crippled and unable to use his razor-sharp mind to find a unique exit from Euros’ games? We see flashes of it in the episode, but too often do we see Sherlock on his heels, and for no good reason other than, “Trust us, she’s got him.”

And in this one, John is but a bystander. I get where they may have tried to turn the tables on their relationship, with John being the hard, cold, detached one while Sherlock is emotionally verklempt, but it just didn’t sell. You can’t go through 12 90-minute episodes of something only to pull a switch like that at the last minute. It’s too much, too jarring. It’s not earned. And so John ends up sidelined in the third episode of what we thought would be a fantastic arc about his pain and loss, and what Sherlock means to him.

The same jarring character notes were seen in Mycroft’s unusual mercies, shown to both Euros and Sherlock, as well as his amazing and surprising lack of competence. Mycroft Holmes simply would never allow himself to be placed in such unfavorable circumstances as Euros contrived. Yes, apparently Euros is even smarter than Mycroft, but we never see it. Instead, we see Mycroft falling for what appear to be grade-school tricks. It’s weak. And he’s far weaker than we would’ve thought from him.

And so we have Sherlock Holmes, the Great Detective, failing to notice the most basic of details — like missing glass partitions in a jail cell. We have him acting with extreme emotion for no good reason whatsoever; maybe it’s detox from the drugs, maybe it’s the weight of knowing he has a sister, maybe it’s still guilt from Mary’s death, maybe it’s all three. But it’s never shown and, frankly, not even explained well.

All these characters, all their arcs and personalities and all the evolution they had over 18+ hours of immensely entertaining and high-quality television, were sacrificed to this particular plot. In a single episode, everything they worked for seemed to just fall down a major plot hole, all because a secret genius sister would’ve been cool.

Of course, there’s an absolute ton of plot holes in “The Final Problem” that we could pile on here, but logical consistency is a topic for another day. (In fact, one could argue that there were all too many issues going back to series 3.) I’m willing to fudge some plot for a good payoff. Unfortunately, we didn’t get that here. We’re merely assured that, after these travails, that our heroes are back at 221B Baker Street, fulfilling their destinies as crime fighters and friends. Oh, and they take care of a baby from time to time.

There’s a lesson in here for writers, and in saying that, I recognize I’m criticizing a pair of writers in Moffat and Gatiss whom I admire quite a bit. But yes, there’s a lesson. The Euros plot was awesome and fun, but it was shoehorned into series 4 without due and proper care. It was rushed, and the characters were compromised in order to make the plot surge forward.

That’s a big no-no — never have your characters do things they wouldn’t normally do just for the sake of plot. That, I think, is what happened here.

Upon discovering word of a missing sister, one would imagine Sherlock going through every possible record trying to find out as much as he could about her. His torture of Mycroft at the beginning of “The Final Problem” should’ve been more focused on the problem at hand, rather than on just getting Mycroft to admit Euros’ existence. Sherlock always presses the advantage, and even with recent events in mind, he would’ve put his brother through hell to get more.

The invasion of the Sherrinford Prison, the interrogation, all of it — just lazy. Sherlock is not lazy, even when he’s in detox. He can’t even shut off his mind and his observations half the time. But here, he just goes along with it all, under the spell of Euros that wasn’t shown or earned or even explained well.

This isn’t what Sherlock would do. John wouldn’t let him do it. Mycroft wouldn’t allow himself (or them) to be in this situation in the first place.

Characters will do things to your best laid plans sometimes, and I think every writer has had that happen. Not every writer sees it every time that happens, though, and I think there were some blind spots in “The Final Problem” that didn’t need to be there. I believe character always trumps plot — if the characters don’t fit the plot, you either need to fix the plot or use it with a different set of characters. The Euros story was a good one, but maybe not quite right for Sherlock.

And there are just characters you have to be careful with, like Holmes and Watson. For 12 episodes, Gatiss and Moffat were the very best stewards one could’ve hoped for. And I’m going to just celebrate those 12 episodes, learn the lessons of number 13, and then hope we get a series 5 at some point down the road.