Apologies for not blogging sooner, but February turned out to be much busier than I expected going in — and I expected a lot. So let’s recap.

I spent a good chunk of the month out in Los Angeles for my day job, which was pretty great. I had the family with me, and after the week was up, I took my daughter to Disneyland for a full day — and I mean a FULL day — of fun and excitement. Say what you will about the Disney industrial complex, but they sure know how to create a fantastic experience. It really was a memory she and I will keep forever.

I also received and turned around my edits for MJ-12: Endgame, which is on track for its early September launch. My editor, the esteemed Cory Allyn, complimented how I handled the end, and I admit, I got some feels on reading how all the characters came out of it (or not, in a few cases). I’m really looking forward to seeing this one out there.

And I’ll be celebrating the end of the MAJESTIC-12 series at DragonCon over Labor Day weekend! Got the official confirmation a few weeks ago — I’ll be there and paneling, largely on the Alternate History track as usual. I had to miss last year, so I’m really looking forward to seeing everyone there again. It’s a great con. And of course, I’ll have books and goodies with me, so come find me if you’re there.

There’s also a few other projects in the works that I really want to talk about but shouldn’t. Suffice it to say, I’m not done writing novels just because I’ve wrapped up MAJESTIC-12. Nothing is sold yet — heck, nothing is fully drafted yet! But I’m working on it. I’m also doing another thing with an absolutely mind-blowing, fantastic bunch of people that I can’t tell you about, but it’s gonna be so good, you guys.

March will continue to be busy, including trips back to Los Angeles and a few other things. I’ll try to be better about blogging, but I make no promises. In the meantime, you can follow me on Twitter or my “official” Facebook page for more regular updates.

The third MAJESTIC-12 novel, MJ-12: Endgame, is out September 4, but if you really like to plan ahead, you can pre-order it today at any number of fine sites. And to whet your appetite for this next chapter in the story of our Variant spies, here’s a brand-new description:

Josef Stalin is dead. In the aftermath, the Soviet Union is thrown into crisis, giving former secret police chief Laverentiy Beria exactly the opening he needs. Beria’s plan is to secretly place his country’s Variants―ordinary people mysteriously embued with strange, superhuman powers―into the very highest levels of leadership, where he can use them to stage a government coup and seize control of the USSR.

America’s response comes from its intelligence communities, including the American Variants recruited for the top-secret MAJESTIC-12 program, who are suddenly thrown into their most dangerous and important assignment yet. From the halls of the Kremlin to the battlefields of Korea, superpowered covert agents face off to determine the future of the planet―a future their very existence may ultimately threaten.

Yes, we’ve fast-forwarded to 1953. It’s not that there isn’t great stories to tell between 1949 and 1953, of course, but rather this seemed like a natural way to close out this trilogy. (And yes, we’re closing it out. I mean, it’s called Endgame for a reason!) Of course, I never say never — there could be great stories ahead for MAJESTIC-12. But for now, I feel this is a good place to leave things be.

As of right now, Endgame is in the capable hands of my editor, Cory Allyn, and while we don’t have a cover yet, I’m very certain it’ll continue along the same theme. So we’re pretty much on track for September, which is exciting.

And now, here are your pre-order links, if you’re so inclined! (No links yet for Kobo or Google Play, but when I see ’em, I’ll post ’em.) As always, I encourage you to buy local and/or support independent bookstores whenever possible, because they’re awesome. And if you’re low on funds, put in a request at your local library, because libraries are awesome too.

I know I’m not the first one to say this, of course — 2017 was not fun, and for many people, that’s a monumental understatement. Personally, professionally, culturally, politically…this year was a godforsaken mess. I’m far less inclined to toast the year that was, but I’m quite ready to embrace the one coming down the pike, and I hope you are too.

So let’s start with the elephant in the room, which would be Trump and his coterie of destructive buffoons. I’m not going to go into his policies, or the rapacious GOP’s attempts to create a permanent, uneducated American underclass to serve the top 1%. But I know full well that the very presence of this looming threat to American values and democracy, and the utter barrage of weaponized fake outrage and falsehoods, has taken its toll on so many of us, myself included.

Now, let’s be quite clear in that I’m a straight, married, white male, so when I say “taken its toll,” the bill for me is extremely light compared to women, people of color, folks with chronic physical and/or mental conditions, our LBGTQ+ friends, etc. In fact, it feels slightly disingenuous to be bitching about things when my family and I are doing well, and may even see a tax cut next year.

But while my toll is far less, it’s there. 2017 has messed with my head. In so many areas of my life, I found myself waiting for something, waiting for change. Yes, I ramped up my contributions and I joined a protest at Trump Tower and I spoke out and all that good stuff. But the rest of it was kind of living in a defensive crouch in the corner, trying to go about my business and waiting, hoping, praying for the support to help all of us turn a corner.

END_OF_DOCUMENT_TOKEN_TO_BE_REPLACED 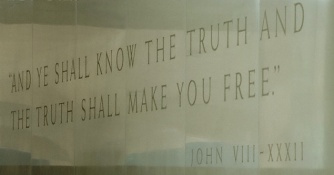 No, I’m not talking about this blog, which hasn’t been updated in a good long while, sad to say. Between travel and work and getting MJ-12: Endgame off the ground — plus preparing for the launch of MJ-12: Shadows  in September — it’s been rather busy.

Plus, there have been distractions. I know I’m not the only writer grotesquely entranced by the insanity coming out of Washington, from TrumpCare to climate change denial to God-knows-what. But the train wreck that never ceases to amaze me is the utter lack of sensible communications from the White House.

In short — the font of self-inflicted damage is amazing. And so easily avoided, too.

END_OF_DOCUMENT_TOKEN_TO_BE_REPLACED

My favorite snippets from MJ-12: Shadows

I just wrapped up the copyedits on MJ-12: Shadows this weekend, and it’s looking more and more like a book. And I think it’s pretty fun, too — distance has made my heart grow much fonder of this one. I think it’s a worthy successor to MJ-12: Inception and I’m excited to see what you think of it.

So by way of giving you a little tease, I thought I’d give you some snippets of dialogue and action that stood out to me as I worked my way through the editing process. These were just the most fun bits I had, the parts that made me smile. There’s other stuff that I like, but honestly, you don’t get to see those until you buy the book. Spoilers, sweetie.

The first one here is in early 1949 in Damascus, at the home of Miles Copeland, just before things go sideways. Maggie, who can sense and manipulate emotions, is having a conversation with Cal, an African-American man with the power to harm or heal with a touch.  END_OF_DOCUMENT_TOKEN_TO_BE_REPLACED