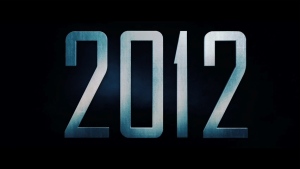 Have a happy new year! And no, the end of the Mayan calendar will not bring the apocalypse. Sorry.

It was a year ago today, on New Year’s Eve 2010, that I started this blog, so it seems fitting somehow to check back in a year later. When I started, I didn’t have an agent, and my first novel wasn’t really in awesome shape (though I thought it was a gem, of course). The blog was part of an effort to show that I could have a “social media strategy” as an author, thus making myself more attractive to agents and publishers.

And despite the early, disjointed efforts here, it worked. Sara Megibow agreed to represent me in late April, and after a summer of revision and hard work, Spacebuckler is officially out on submission. NaNoWriMo didn’t go as well as I had hoped, but I learned a lot from the process. Indeed, I learned a lot about writing and revising over the past year, and I’ve shared some of those lessons on here. Overall, definitely not a bad year, writing-wise. I have an agent and a work on submission. That’s pretty darn awesome.

Of course, there were lots of other things to like about 2011, at least personally. My family is healthy and happy, and we’ve made a great home for ourselves. Our second-grader is growing up too fast, but she’s an absolute joy. Work’s going well, too, which is good, because I have no illusions about how being a novelist will somehow equal financial freedom. We traveled a fair amount in 2011 — Paris, Cancun, Colorado and Los Angeles were the highlights, and my wife’s blog has more on those adventures. I made and ate great food, found (and made) and quaffed great beer. Of course, life is never an unadulterated stream of sparkly happiness, but overall, 2011 was great.

For the coming year, I’ve resolved to eat less meat — which, if you know me, is no small thing — and to eat more veggies. I’ll be turning 40 in June, and while I’m as healthy as I’ve ever been, there comes a time when you have to realize that you can’t eat like you used to. It’s a natural evolution to what I’ve been doing, health-wise, for the past several years, but it’s a big step. Doesn’t mean I won’t still eat my ‘cue and fire up the backyard smoker. I’ll just be doing it less. In the parlance of my daughter, meat is now a treat — a “sometimes” food.

Writing-wise, obviously, I hope 2012 brings a book deal, but that is in the hands of my able agent. So in the meantime, I’ll be writing Spacebuckler II and the NaNo project, and I hope to have at least one of those submission-ready by the end of the year, if not sooner.

I fully recognize that I’ve been very fortunate, both over the past year and in general, and I know for some folks, 2011 may not have been a good year at all. For those, I hope 2012 brings better luck and more happiness. For those who have followed this blog and my new Twitter account over the past year — thank you! I hope to share with you some great news in 2012, and talk more about writing (and beer and food and travel).

I hope everyone out there has a safe, prosperous and happy new year. And if you’re out and about tonight, be smart and safe.