The Ditch Diggers podcast, and an explanation of an odd phrase 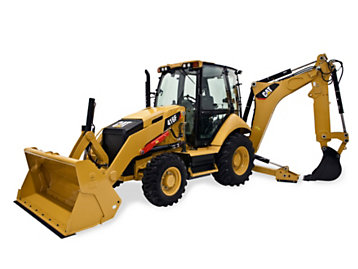 Apologies for the dearth of posts, but I’ve been traveling pretty extensively for the day-job of late. But I’m back now, and I wanted to point out that I’m on the latest episode of the fantastic Ditch Diggers podcast, hosted by Mighty Mur Lafferty and Matt F’n Wallace, two excellent authors and really great interviewers.

And to do that, as I noted in the podcast, you have to get your shit in one sock.

This phrase stopped my hosts in their tracks, first with laughter, then demands of an explanation. I mean, sure, I could see that, as on the surface of it, get your shit in one sock could very well describe a horrible misuse of laundry. But I didn’t remember all of the details on the podcast — but I did remember where I got it from.

My cousin John Butnor, an environmentalist and U.S. Forest Service scientist up in the great state of Vermont, first introduced me to the hosiery-defecation bon-mot many years ago, and he got it from…well, here he is with the explanation.

I was in high school, and in order to apply for ROTC or the service academies (which my father was more interested in than I was), I had to go to a recruiter to take the Armed Services Vocational Aptitude Battery (ASVAB). The recruiter said that I passed with flying colors and he hadn’t seen a score like that.

He asked what I was interested in and I said I wanted to work in in environmental protection and conservation.  He was caught off guard and suggested the Chemical Corps.  I was not impressed and said I wanted to to go to college and take a variety of subjects and not clean up after chemical or biological warfare.

He said,  “Look, a smart guy like you doesn’t need all those classes, you HAVE TO GET YOUR SHIT IN ONE SOCK!!!”  (Enunciated in typical sergeant-speak.) I took this to mean that it was more advantageous, when shitting yourself, to have it soil only one sock or the other, because soiling both is terribly inefficient.  I since learned that a ‘sock’ is slang for a Navy duffel.

Anyway, his solution to fit my shit all in one sock was: Nuclear power school.

I could go on…it made an impression.

Yes, yes it did…so much so that getting one’s shit in one’s sock has become a rather key family phrase in our house (though never within earshot of the child). Cousin John opted out of the military in favor of the Forest Service, and has surpassed the Lorax in his efforts on behalf of the nation’s trees. He’s also the most frighteningly competent person I know; he helped design and build his own home, can survive in the wild for weeks at a time, and is incredibly handy in most things mechanical.

So when the zombie apocalypse comes — and it will — I’ll be piling the family in the car and heading to John’s house. If nothing else, I can scavenge for raw materials or something. Maybe just record John’s exploits as he single-handedly reboots human civilization. Because when the zombies come, you better have your shit in one sock. And he does.

Anyway, the podcast is loads of fun, with many fine sock-shitting jokes throughout. Plus, we talk about the utility of dust jackets, how MJ-12: Inception came about, and my career with Night Shade Books thus far. Check it out at this link.