An ode to the role-playing games of my misspent youth 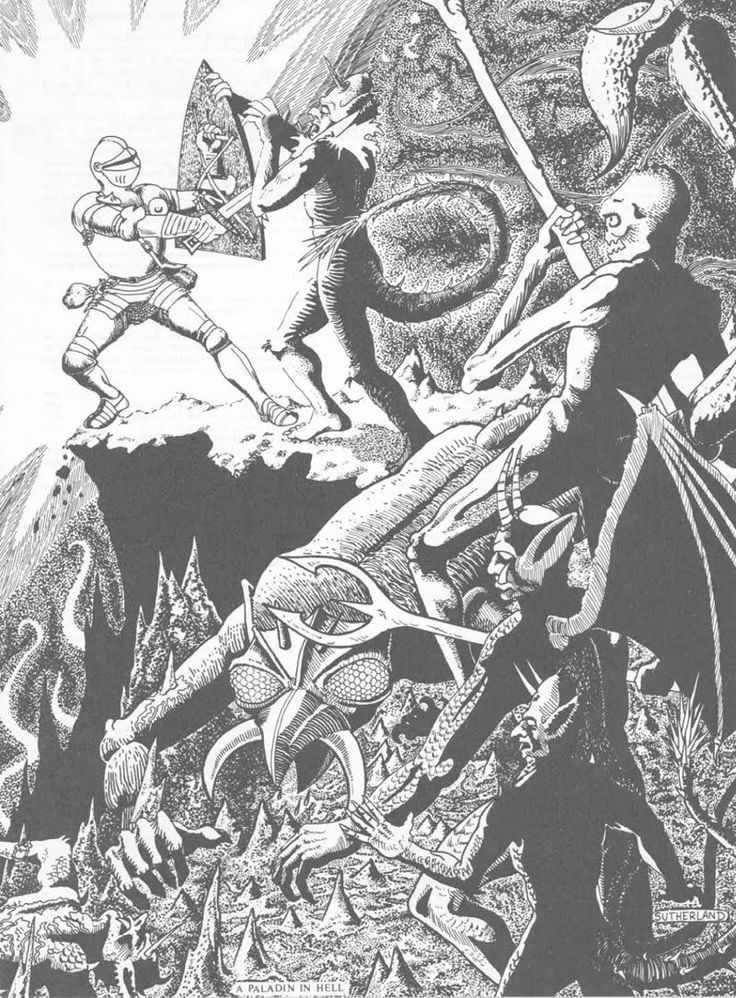 So, OK, not really an ode. More like a roundup.

The other day I saw that Beth Elderkin over at io9, my all-time favorite geek site, did a nifty retrospective on the role-playing game Call of Cthulhu, which is based, of course, on the works of H.P. Lovecraft. I remember playing it when I was in high school and college, and I credit CoC with introducing me to Lovecraft’s stories.

Yes, that means there’s a direct thread from Call of Cthulhu to my story “On a Kansas Plain” in the Cthulhu Fhtagn! anthology from Word Horde. I sold a story because a role-playing game introduced me to Lovecraft’s work.

And I’ve done a couple of direct tie-in stories for games, too. There’s “Tiger,” in last year’s The Endless Ages Anthology for Vampire: The Masquerade, and “Crisis of Faith” for Paizo’s Pathfinder setting, which uses the d20 rules made famous by the granddaddy of them all, Dungeons & Dragons.

Oh, and I interviewed Gary Gygax and Steve Jackson during my reporting days. I’m never not gonna link to that.

So yeah, games mean a lot to me. They were my very first introduction to the whole idea of worldbuilding, and character. I admit, I wasn’t much of a Dungeon Master/game master/referee/whatever, but I did try my hand a few times. Plot’s hard, of course, especially when you’re, like, ten.

Here’s a fun little list of games that had an influence on me, and a few I simply played and thought were cool.

Dungeons & Dragons. When I was in elementary school, the cool fifth graders were toting around this red box with the words Dungeons & Dragons Basic Set on them. But even then, that felt too basic for me. So my first game was Advanced Dungeons & Dragons. I remember the original Players Handbook, Dungeon Master’s Guide and Monster Manual so clearly, I can automatically identify art from those books nearly four decades later. (The image above is from the Players Handbook, on the right side of the spread next to the character class entry for Paladins.)

Most of my gaming was in the Greyhawk setting and, later, Forgotten Realms. I didn’t do much in Dragonlance, but I enjoyed the books. And while I regret not playing much of it back in the day, the very concept of Spelljammer – sailings ships in space, anyone – was obviously quite memorable. I also thought that the Eberron setting was wildly creative, a great example of how far you could take different settings within the fantasy RPG genre. And if I were going to run a game today, I have to say Pathfinder would be my first choice.

James Bond 007 and Top Secret. I was introduced to these espionage games pretty early on, but honestly, they never really stuck with me. I think compared to the allure of magic swords and dragons, a Walther PPK kind of pales in comparison.

Twilight 2000 and The Price of Freedom. Looking back on these games today, I can see the huge conservative/libertarian streak running through them, which is pretty off-putting to adult-me. But back in the mid- to late ‘80s, all I knew was that I got to play military dues (Twilight 2000) or American freedom fighters (The Price of Freedom) and duke it out with the Soviets. Neither game managed to supplant D&D until….

Star Wars: The Roleplaying Game (West End Games). Ah, the original Star Wars game, which they put out 10 years after A New Hope hit theateres. This game really got me into something other than high fantasy, and the game itself was super-easy to play, with a rules system that kept the heroics going. It’s amazing how things like game mechanics can capture the spirit of a setting, and to me, ST:TRPG did just that. I’ve seen Wizards of the Coast’s d20 version, and I have to say, I would take the old West End d6 version any day.

Call of Cthulhu. Another revelation for young me, in that you could play a game wherein winning meant you pretty much lost no matter what. Sure, you could send the Deep Ones back into Massachusetts Bay, but each victory and each revelation would scar your sanity further and further – just like Lovecraft’s horrified, insane protagonists. This game captured Lovecraft’s zeitgeist perfectly, and it sparked the darker side of the imagination for the first time in my gaming life.

Vampire: The Masquerade. Speaking of the dark side…here there be monsters. Heretofore, my games were still about the heroes doing heroic things. Sometimes they were honorable, sometimes not, sometimes they were tragic, sometimes comical. But in Vampire, you played an actual bloodsucking monster. This game came out my sophomore year of college, and the timing was perfect, because the game stressed character and story over mission-of-the-week stuff, and the characters themselves could be metaphors for all sorts of moody existential stuff that college students of a certain mindset, like mine, can really dive into.

Mage: The Ascension. Two years later, White Wolf produced Mage, which was almost an antidote to Vampire’s tragically hip, Gothic-punk ennui. The freeform spellcasting rules, combined with the continued emphasis on story over mechanics, made for a liberating game of modern magic. Mage was the yang to Vampire’s yin, and you can tell that the developers dove way deep into the research. There were some ill-used tropes in the first edition – in all White Wolf’s first editions, frankly – but by the time Revised came out, it was a near-perfect setting.

Castle Falkenstein. Steampunk! Yes, this game was my first introduction to steampunk, and it was glorious and so much fun. Castle Falkenstein was set in a magical, steam-powered version of Europe in the 1860s, and was full of Victorian goodness and magic and faerie and dragons and all kinds of steam-powered insanity. Plus, you used cards instead of dice to determine success or failure of your actions in a kind of spades-type bidding system, which added to the charm.

There were, of course, many other games besides these, but I preferred Star Wars to the old FASA Star Trek game, and Call of Cthulhu to the similar investigators-versus-occult game Chill. I tried any number of fantasy games, and credit Stormbringer with introducing me to Michael Moorcock’s work. I also remember RuneQuest being a particularly innovative setting.

And there were a few games that gave my first taste of genre-blending. Before Falkenstein there was the future-tech/magic of Shadowrun, and the all-genres-invade-Earth of Torg. Of course, I had my angel-and-demons phase, and In Nomine was the best of that bunch. (I was late to Engle, but that setting had a ton of potential that, frankly, would’ve been far cooler as a novel.)

Games taught me a lot, obviously. D&D got me reading Tolkien, Call of Cthulhu led me to Lovecraft, Castle Falkenstein began a love of steampunk and alternate history, and on down the line. I don’t really play much nowadays, what with a family and full-time job and this whole novel thing I got going.

But one of these days, I’m gonna bust out those Castle Falkenstein books again.