Down with TV-based hipster references! 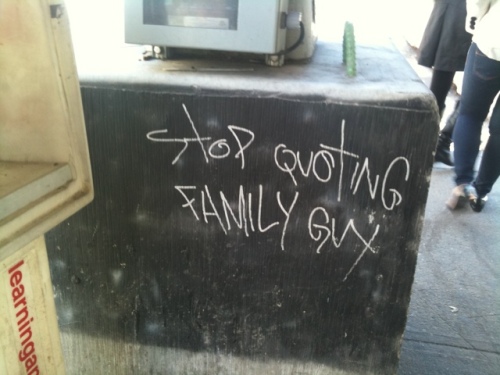 Yes, there’s a lot to be angry about. We’re at war in a number of places, democracy and human rights are ascendant in some places, embattled elsewhere. The rich get richer, the poor get poorer. Rise up, people! Rise up and….

….speak out against the over-use of Family Guy references?

I’m amused to no end by this. Too long has society suffered under the yoke of Family Guy’s sharp, pointed societal observations, cloaked in prepubescent humor. Enough is enough!

Except for the Star Wars spoofs. Those were awesome.

One response to “Down with TV-based hipster references!”