If you follow me on Twitter, you’ll already have seen some photos and tidbits from my vacation, which took me from Philadelphia to Burlington, VT, to Quebec City and back. It was an awesome week, full of great family time, much-needed relaxation, good food and beer, and a chance to get some writing done, too.

Some of the highlights: 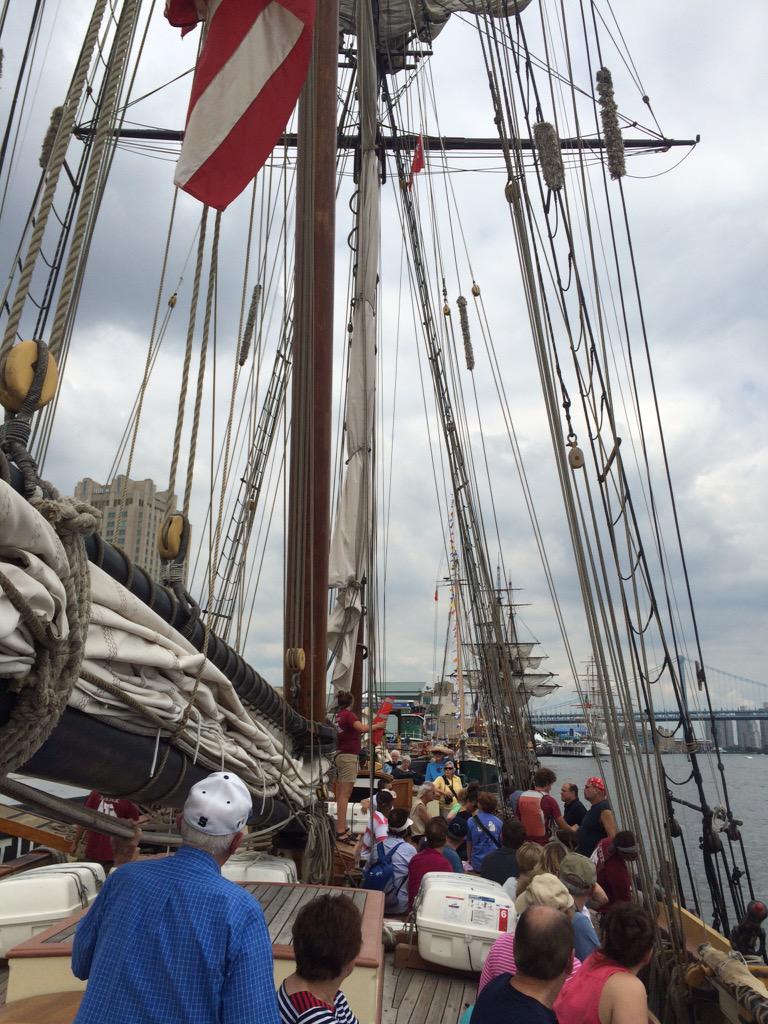 On the quarterdeck prior to setting sail.

My Father’s Day gift was a cruise around the Delaware River aboard the privateer Lynx, a replica of an early 19th century schooner, as part of the Tall Ships Philadelphia-Camden festival. It was a fantastic ship with a great crew, and I even got to help hoist the foresail. My daughter gamely came with me, though admittedly it wasn’t her cup of tea. But having written three Napoleonic Era space opera novels with sailing ships, I was in full geek-out mode. And lo, my family is awesome for getting me such a great gift. 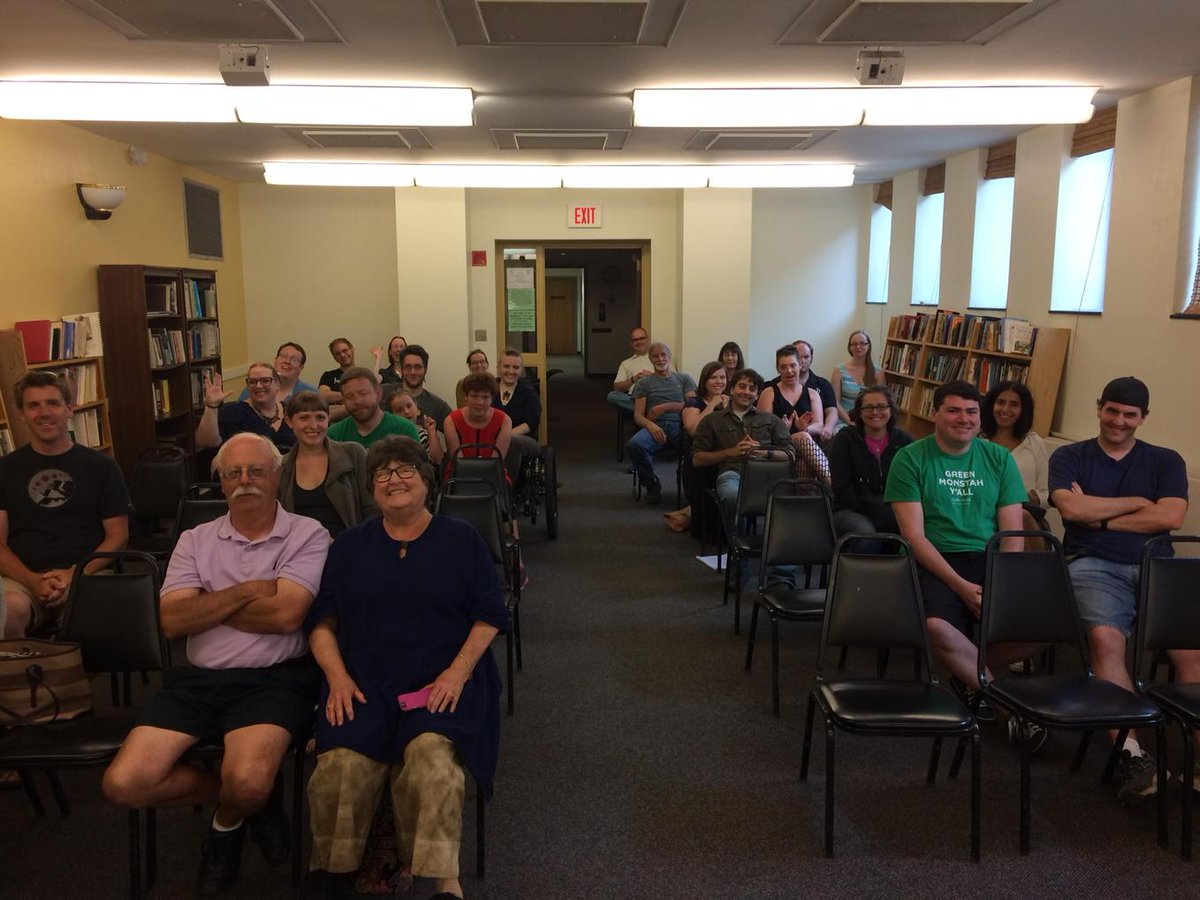 A goodly crowd at the Vermont SF Writer’s Series.

From there, we went north to Burlington, where I was one of six writers in attendance at the monthly Vermont SF Writer’s Series at the Fletcher Free Library, organized by Andrew Liptak. We had a great crowd, as you can see here, and the readings were all fantastic. Afterward, I walked over to Phoenix Books with assistant manager Kari Meutsch to sign some books and chat with the staff. It’s a great store, and if you’re in the area, it should be your go-to spot for all your book-buying needs! 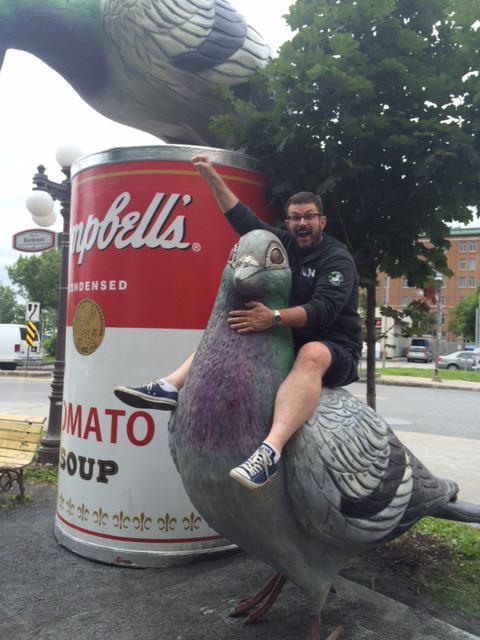 This art installation in Quebec City resulted in my favorite photo from the trip.

We also spent time with family in the Burlington area, which was lovely, then took off for the Great White Francophone North. This was our second time visiting Quebec City, and this time we stayed outside of town in a tiny chalet in the woods. Perfect writing spot. It was cooler, of course, and we did have one rainy day, but overall it was amazing. I totally recommend biking around Quebec City’s parks, as we did, and stopping frequently for beer and poutine. (Despite the biking and general exercise on the trip, I’m still five pounds heavier, though. Fair warning.)

So what happened while I was gone? Well, here’s a quick roundup:

Finally, I wanted to mention again that I’ll be the guest at the monthly meeting of the Science Fiction Association of Bergen County on Saturday, July 11, starting at 8 p.m. at the Barnes & Noble in Hackensack, NJ. I’ll be reading from The Venusian Gambit and generally chatting about my work. If you’re in the area, come say hello!