My old English professor reviewed MJ-12: Inception and liked it 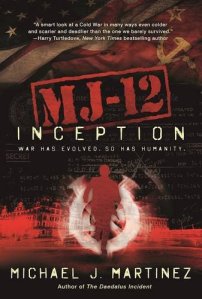 I’ve never been one to say, “Don’t read the reviews.” I totally get why some authors might avoid it, and hey, that works too. As for me, I’m a curious sort, and whether they’re good or bad, I tend to simply take whatever’s been said, maybe learn a thing or two about my writing from a different perspective, and go about my day.

Every now and then, though, I see one that floors me. Like yesterday, for example.

I’m a proud member of the class of 1993 at St. Lawrence University, a wonderful little liberal arts college tucked away in the North Country of upstate New York by — you guessed it — the St. Lawrence River. The alumni magazine, aptly titled St. Lawrence, will sometimes do reviews of Laurentian books, and so I reached out and sent a copy of MJ-12: Inception up north this past summer and hoped for the best.

Last night, the latest St. Lawrence was waiting for me at home. And if you click here, you can read what they said.

First of all, that’s a really nice bit of real estate — three-quarters of a page. The review was quite positive, and also serves as a very good recap of the book. But what really got me in the feels, as the kids say, was the byline: Sid Sondergard, Piskor Professor of English. 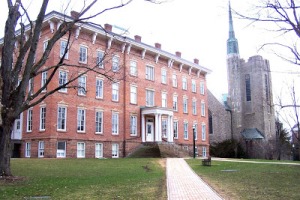 You know the super-cool English professor, the one who knows both popular culture and esoteric Chinese literature, has a wall of books and a wall of videos (dude, it was 1993) and wears Hawaiian shirts and has a ponytail? The one who’s just so damn excited to be teaching a sophomore lit survey despite it being a sophomore lit survey, and made it both fun and interesting? That’s Sid. And yes, we called him Sid. Go to campus — hell, go to any SLU alumnus — and ask who Sid is, and they’ll know.

I had two classes with Sid: the aforementioned survey (English literature from Beowulf to Boswell, roughly), and a senior-level course on John Milton. I still have the textbooks for both classes, and I think they’re the only two I’ve kept. I vividly remember writing my term paper for Sid’s Milton course at 2 a.m. the night before it was due because I had decided that afternoon to completely change up my thesis, because the old one sucked. I managed a B+, which at the time was a massive victory for me.

This is better, man. Light-years better. My daughter can attest — and would, gleefully, to any who asked — that I may have gotten a bit choked up as I read the review. Sid liked my book. Holy crap. This is right up there with any review, blurb or accolade I’ve received. I feel like I just aced a test I didn’t even know I was taking.

So yeah. Authorial achievement unlocked, and a pretty rare badge indeed. Thank you, St. Lawrence, for being so generous with your time and pages. I’ve already thanked Sid privately via email, but what the heck: Thank you for being a cool, awesome professor, Sid. I hope this serves as evidence that I did indeed pay attention in class.