Announcing The Gravity of the Affair 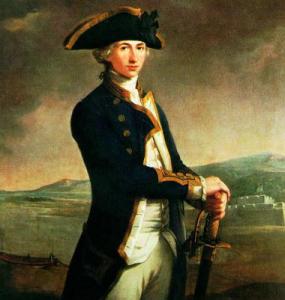 The SF/F community of authors, bloggers and fans has been absolutely incredible and supportive while I wait for The Daedalus Incident to get a new release date. And while I’d love to announce said date…I don’t have one yet.

But this, I think, will be a decent consolation prize, as well as a little thank-you to everyone who’s voiced their enthusiasm for the book. So without further ado, I’m thrilled to introduce my next bit of fiction, entitled The Gravity of the Affair.

Gravity is a novella-length work, set in the Daedalus universe, dealing with the first command of a (very) young Royal Navy officer posted to the Jovian system. You may have heard of him: Horatio Nelson.

Before losing an eye and an arm, and well before his iconic — and fatal — thrashing of the combined French and Spanish fleets at Trafalgar, Nelson was a 20-year-old post-captain placed in command of a bathtub of a brig, HMS Badger, in the year 1779. Historically, Nelson’s tenure aboard Badger was unremarkable; thankfully, historical fantasy allows for embellishment. Besides, Nelson was so brash and bold (and less-than-saintly) in his later years, I couldn’t help but wonder what he was like as a young man.

One thing led to another, and The Gravity of the Affair is the result.

In addition to exploring the character of Nelson, Gravity will give readers a sense of the Daedalus setting, particularly the whole sailing-ships-in-space thing. It also serves as something of a prequel to Daedalus, for reasons that will become apparent once folks get their hands on the novel.

Since I don’t have a novel coming out May 7 as originally planned, I figured I’d start posting excerpts of Gravity then. So a week from today, and anywhere from a week to two weeks after that, I’m going to post a part of Gravity right here on the blog, for free. I don’t quite know yet how much of the novella I’ll put up here, so we’ll see how it goes. You can use the “Gravity” category link below to keep up.

Thanks for all the support and encouragement. I hope you like the story.

6 responses to “Announcing The Gravity of the Affair”