Some upcoming charity stuff I hope you’ll check out 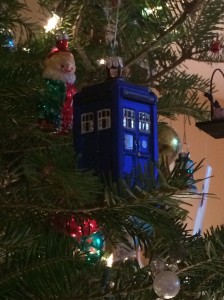 This holiday season, think of the geeks in your life and donate!

There’s a lot of good things that happen when you become an author — you get to see your book in bookstores, you get lovely emails from fans, and of course there’s the advance and royalty checks. For me, the opportunity to leverage this whole author gig for charity ranks right up there, and I have a couple things coming up that I hope you’ll consider.

First off, I’ll be doing critiques as part of the Worldbuilders auctions, which should be coming up later this week or early next. This is my third year running with Worldbuilders, Patrick Rothfuss’ non-profit organization that benefits Heifer International. The deal with the critiques is that we put them up on eBay, you bid, and I read the auction winner’s writing and offer up ideas, suggestions and edits. This year, I’m doing two critiques, so if you miss the one, you could still have a shot at the other.

Then there’s Geeky Giving, a very cool effort to raise money for the Barrow Neurological Institute in Arizona so the researchers there can continue the fight against Parkinson’s, brain tumors, Alzheimer’s, ALS and traumatic brain injuries. Starting early next year, Geeky Giving is offering up $5 bundles of original short fiction each month for six months, and then putting out an anthology on top of that. I’m contributing an original short story to the effort, alongside such awesome scribes as Karina Cooper, Mary Robinette Kowal and Cat Rambo, among others.

My original story is untitled at the moment, but it’s well underway and is probably the hardest “hard science fiction” I’ve ever written. In the spirit of the Barrow folks, it’s focused on the brain, no less. And flying. There may be nanotech. I’m actually really excited about it, because it’s turning out to be one of the better things I’ve written. I really hope you’ll consider donating to read it. I mean, you’ve spent just as much on a latte. I’m much more entertaining than a latte. Right? RIGHT?

Oh, and in both cases, I’m hoping to offer up signed copies of the Daedalus trilogy for donors or bidders if the books get shipped out to me in time. In the case of Geeky Giving, there may very well be an ARC of MJ-12: Inception involved if schedules align. We’ll see.

There’ll be more details over the next several days/weeks/months, but I wanted to throw this out there now because the holidays are coming and money’s gonna get tight fast. (Speaking of, the Worldbuilders’ auctions invariably feature awesome geeky things you could give to your geeky loved ones this season. Just saying.) So if you can spare some of that holiday cash for the auctions and stories and whatnot, you’ll be helping a whole lot of people who need it, and that’s the kind of karma everyone could use.